We combine our traditional, country skills with more modern methods of squirrel control. And we have specialist skills in squirrel control in open spaces and in gardens, as well as inside roof and buildings, so we can offer you all the options for effective squirrel control.

Squirrels damage plants and property and move into buildings and roofs to have their young; don’t let your squirrel control problem get out of hand. If in doubt, ring or email us for professional pest control advice on how to control squirrels and get rid of squirrels.

We’ve 30 years experience in pest control and provide free squirrel control surveys. And we’re available 7 days a week for advice and help. We really do know what we’re doing; you can trust us to get it right.

There’s more information below as well about our professional squirrel control service.

Why squirrel pest control is needed
Grey squirrels were introduced to the UK in the late1800s. They’ve forced our native Red Squirrels into retreat and infected them with Squirrel Pox disease; this kills Reds but not Greys. Reds are now an Endangered Species. Greys, and the aggressive Black variants, are the only squirrels seen in some parts of the UK. However, we are lucky to have Reds still in Scotland; that’s why grey squirrel control in East Scotland is so important.

Grey squirrels are legally classed as pests. They spread fast because they can live in parks & gardens, in villages & cities as well as in much of the countryside. They breed up to 7 babies twice a year; that’s an awful lot of pest squirrels to control. Pest squirrels are rodents like rats so they’re destructive and chew everything they find. They are strong, cause damage by pulling with their front legs and they’ll attack people to get food. 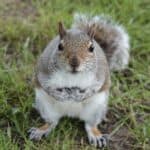 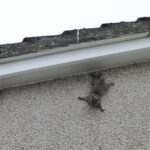 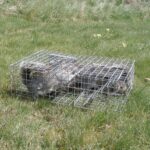 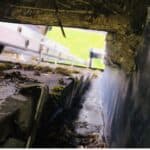 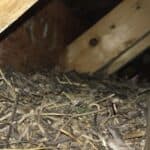 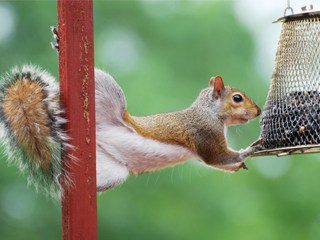 I've had a grey squirrel scared on the side of my house at the top since 7.30am I called Andy office at 10.50am and the van was down here at 11.15am we chatted and I didn't want the animal harmed if possible so Andy climbed up the ladder and chased it down safely and the squirrel has now went into the wilderness opposite my house where it belongs - Fantastic service would highly recommend Thanks Andy Law pest control x