We deal with small and large scale mole infestations. We combine traditional, country skills of mole control and mole removal with more modern controls; all the methods that might be needed to get rid of moles and molehills. And, with our back ground in game-keeping, years of experience of mole behaviour and specialist qualifications in mole control, we can provide professional and effective mole control for mole problems just about anywhere.

We use mole control methods safely and legally too, so children, animals, wildlife and the environment aren’t harmed.

Don’t let mole hills and mole problems get out of hand. They undermine the ground, damage machinery, spoil crops and harm livestock. If in doubt, ring or email us for professional pest control advice on how to control moles, remove moles and get rid of molehills.

We provide free mole control surveys, so you’ll know what needs to be done to get rid of a moles, deal with mole infestation and how much it will cost. We’ve over 30 years’ experience in pest mole control too. And we’re available 7 days a week. We really do know what we’re doing; you can trust us to get it right.

There’s more information below as well about our professional pest mole control service.

Moles are very common, living in the hills, woods and the open countryside of East Scotland and there are always more ready to invade fields and gardens. No matter how many we get rid of, the moles can keep moving in, throwing up molehills year after year.

Moles are very destructive too. They can throw up their mole hills and cause damage at any time, but the autumn, winter and early spring are when they really become active; they can work their way through a lawn or seeded field with incredible speed. The runs they dig below the surface damage the ground and form holes; these are dangerous on playing fields and in paddocks. The soil and stones they throw up in the molehills spoil the surface and damage valuable machinery. The soil also contaminates silage, causing the disease Listeriosis; this can make sheep and cattle ill or kill them.

Treating mole infestations and molehills
Don’t believe the articles about the loss of the ancient skills and knowledge of the traditional mole catchers, supposedly a dying breed in the 21st century. We were taught the country crafts of mole control by the old, time-served mole trappers and controllers who used to ply their trade across the hills of Perth & Kinross, Tayside and Angus; We are experts in getting rid of moles and mole control, we catch hundreds each year!

Mole control methods that we use to get rid of moles and molehills
We use mole trapping, the traditional method of putting break-back mole traps in the mole runs, safely below the surface of the ground. This is a skilled craft and we know all the old, country ways of using mole traps to get the best results.

Break-back mole traps are allowed under The Small Ground Vermin Traps Order 1958 which was made under The Pests Act 1954, and they are exempted from the Spring Traps Approval (Scotland) Order 2011.

We also use poison gas, the very effective method of gassing moles in their mole runs using Aluminium Phosphide (poison gas). This gas is legally licensed in the UK and is used for rat and rabbit control too. It can be dangerous if not used properly and its purchase and use are tightly controlled. We’ve used this gas for many years though, so we know exactly what we’re doing and how to use it safely. And we’re up-to-date with the latest legal requirements; we hold the new, City & Guilds Level 2 Award in the Safe Use of Aluminium Phosphide for Vertebrate Pest Control.

You can trust us to use gas for mole control safely and legally so that you, your family, pets & livestock and the environment are unharmed.

And we can collapse the mole runs after we’ve cleared them of moles. However, we’ve found that this isn’t really an effective method of mole control; moles are such incredibly good diggers that it doesn’t take them long to carve out more mole runs beneath the earth – and throw up yet more molehills when they do it! 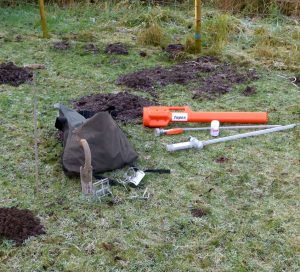 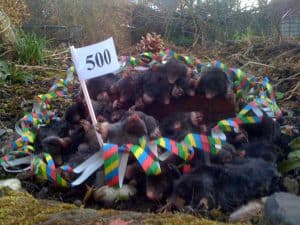 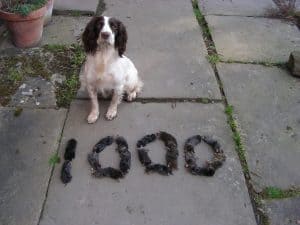 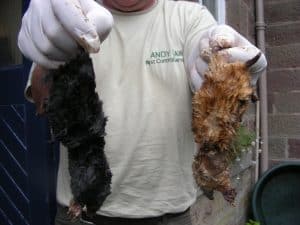 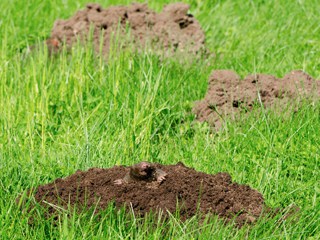 Thank you for getting rid of my moles so quickly and professionally.