We’re happy to deal with rat problems both small and large scale. We use rat pest control rodenticides available only for professional use and are skilled in the full range of rat control methods.

We use the rat control safely too, so no harm is done to children, pets, livestock or wildlife; we’re Wildlife Aware Accredited, specially trained in protecting the environment. And we’ve got the experience to deal with rat problems wherever they are; houses, outbuildings, gardens, ponds, food businesses, commercial buildings, farms and other animal housing.

Don’t let a rat problem get out of hand; it could harm your health, damage your property and ruin your business. If in doubt, ring or email us for professional pest rat pest control, advice on pest proofing and how to get rid of rats. We’ve 30 years’ experience in pest control and can provide free pest control surveys. And we’re available 7 days a week for advice and help. We really do know what we’re doing; you can trust us to get it right.

There’s more information below on pest rats and rat control

Pest rats
Rats are called rodent vermin because they gnaw everything they find; their incisor teeth are always growing and this gnawing keeps them the right length. The commonest pest rat in Scotland is the brown rat, also called the Norway or sewer rat. The black rat or ship rat is very rare, found only in buildings near ports. Both rats are big but the brown rat is larger and can weigh over 500gm and be up to 30cm long. Huge ‘monster’ rats have been reported in the UK too.

Rat infestations
There’s a saying – ‘you’re never further away than 6 feet from a rat’. That’s debatable, but rat numbers are rising due to changes in rubbish collections and weather. Rats dig well, can climb up rough surfaces and will jump high too, 70cm straight up in the air. So, although rats live mainly outdoors they will get inside by digging, climbing or jumping in through gaps or along broken drains. Then they move along through gaps in walls and roof spaces, infesting building after building.

Some signs of a rat infestation are dark, spindle-shaped droppings about 10mm long, gnawing, stolen food and unpleasant smells from rat contamination. The stench of a dead rat under a shop floor needed rat control in Cupar to get rid of rats. You might hear noises in walls and roofs, particularly at night because rats are mostly nocturnal. You might see rat burrows and rat runs outside too; these were the signs we found when we got rid of rats in Crieff around kennels.

Rats live in undisturbed places and under cover so you’ll find signs in roof spaces, outbuildings and behind stored goods. We found rat droppings on a suspended ceiling when we got rid of rats in Pitlochry. And, though rats are mostly nocturnal, you might see rats at bird feeders in the day; we got a great picture of a rat at a bird table when we used rat control in Dunkeld.

Damage and disease from rat infestations
Rats are rodent vermin; they gnaw anything they find and cause a lot of damage due to their size. We used rat control in Perth when rats gnawed electric alarm cables in a garage and we had to get rid of rats at Blairgowrie when they ruined stored potatoes. Rats kill hens, waterfowl and pet rabbits; ducks going missing from a pond needed rat control in Kinross to get rid of rats killing. Rats carry fleas, tapeworms and diseases like food poisoning, spreading them and their droppings and urine everywhere they go. They pass Salmonella and E.coli to fowl, so contract rat control in Perth is needed round commercial chicken sheds. They carry Weil’s disease too, which survives in damp areas; it killed an Olympic rower who caught it from river water and it infects dogs as well. So, even when you can’t see the rats, the health risks from their contamination are still there.

Food Businesses and rodent vermin control
Rats and mice are a risk to Food Businesses. Laws such as The Food Hygiene Regulations and The Food Safety Act say that food and drink must be fit for human consumption and not contaminated by vermin; also that vermin must be kept out of the premises in the first place. Breaking the law can mean heavy fines, lost reputation and closure. It’s best to have rodent control under a professional pest control contract to satisfy the law, Environmental Health and Auditors. Contract prevention and control of rodents is also very cost effective and efficient too, far better than waiting until there’s an infestation. Contract pest control for rats and mice is suitable for small take-aways through to large hotels; we provide food businesses and farms with contract pest control in Perth and other cities and towns in the area we serve.

Rat control methods
Poison bait, best used by a professional who knows how to use it well and safely. Breakback traps, but rats are difficult to catch in them. Rat proofing, to keep rats out. Cage traps, spring traps and shooting, used inside and outside. Poison gas, to gas rat burrows. Glue Boards, to trap rats by their feet. Environmental management, to deter rats from the area. 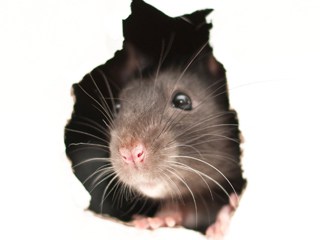 We would like to thank you for your prompt and professional response and for working so hard to eradicate our rat problem which we thought we would never gt rid of.